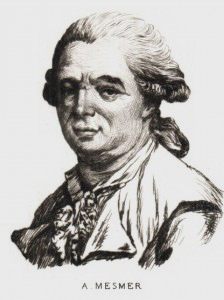 I’ve combed the video social network vine.co and have collated 10 of the best Psychology Vines I could find. This was a surprisingly difficult task. For those of you who don’t know, Vine is Twitter’s 6-second-video sharing app. I discovered it a few months ago and have been fascinated by it since. A BBC article about Vine described these short videos as “mesmerizing.” It is like watching, “A bewildering carousel of six-second slices of ordinary life [roll] past.”

(Incidentally, Franz Mesmer (1734-1815) was a German physician credited a with developing the practice that led to hypnosis, often considered an early precursor to modern day psychotherapy. We have to thank for the work “mesermize.”)

So, here are 10 mini psychology lessons, each at 6 seconds or less — A mere minute of your time. Enjoy these random psychology Vines, presented in no particular order:

This is a method of persuasion when you try to get someone to do something by recommending its opposite. This can be especially effective on a short term basis (though not advised as a long term solution) with children, as seen here:

This is one of the most basic defense mechanisms. The mind has an amazing capacity to push out of awareness unpleasant realities. In this Vine toddler Lucy is clearly unhappy about the idea of getting a new sibling and expertly employs denial.

The knowledge that an object exists and is present even when it is not in plain view is called object permanence, an idea popularized by Swiss developmental psychologist Jean Piaget. It is a stage of cognitive functioning that usually develops by the age of 2 year in children.  While dogs can develop some object permanence, Fido here seems to be struggling.

Which way is the train moving? If you can change the direction of the train with just your thoughts think of what you could change in your life.

Anxiety comes in many forms and is often debilitating. This Vine expertly conveys the visceral experience of anxiety or a panic attack. Breathe!

Studies have shown that about 50% of adults will yawn after viewing someone yawing suggesting that it is, in fact, a contagious phenomenon. It is not exactly known why, but here is a wonderful article that describes some possible theories. Apparently it works with kids too!

We know so little about the brain. The BRAIN Initiative (Brain Research through Advancing Innovative Neurotechnologies) is, “part of a new Presidential focus aimed at revolutionizing our understanding of the human brain. By accelerating the development and application of innovative technologies, researchers will be able to produce a revolutionary new dynamic picture of the brain that, for the first time, shows how individual cells and complex neural circuits interact in both time and space.” Cool!

“Researchers at Albert Einstein College of Medicine developed a mouse model in which molecules crucial to making memories (beta-actin mRNA) were given fluorescent “tags” so they could be tracked. This clip (with sci-fi audio added for effect) shows them traveling within a live brain cell in real time.” Credit to Hye Yoon Park, Ph.D. Learn more in this article.

Mind.org.uk is a British mental health advocacy organization. They have a great website and have launched an #inourorwnwords campaign where courageous people with mental health challenges talk about their experience getting help. These videos and Vines bring awareness to important mental health issues and destigmatize the process of getting treatment.

The Stanley Milgram experiments are some of the most famous (infamous?) studies in the history of psychology. Conducted in the early 1960s, their aim was to determine if people would obey authority figures when asked to perform activities that went against their morals. Specifically, the study participants were made to believe that they were giving electric shocks to another individual (an experimental plant). Here is an excellent article about these experiments. Appropriately criticized as unethical, the experiments nonetheless raised some interesting questions and proposed some answers. This seems especially relevant in light the the recent C.I.A. torture report.

Finally, is there such a thing as good grief and bad grief? Michael Scott has an answer.

Which Vine was your favorite? Do you have some more you would like to add to the list? Leave me a note in the comment section and I will be sure to add it to a future post. Thanks for stopping by! Check back for more an consider sharing this post with your friends. 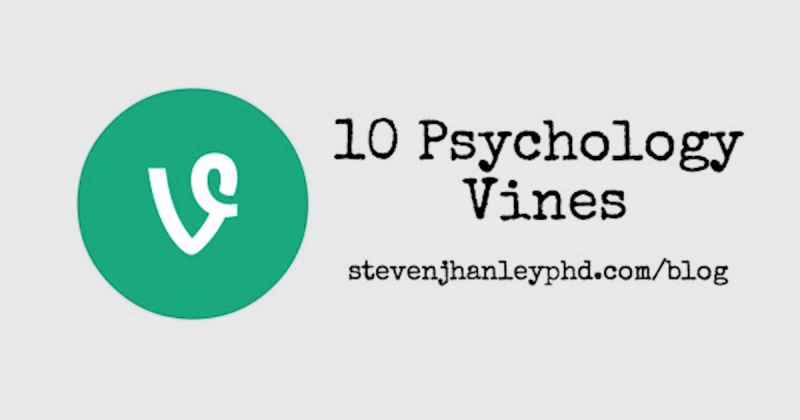