This article about male friendship was originally posted on the blog for STAND, a magazine “for men who give a damn.” I encourage you to check it out! 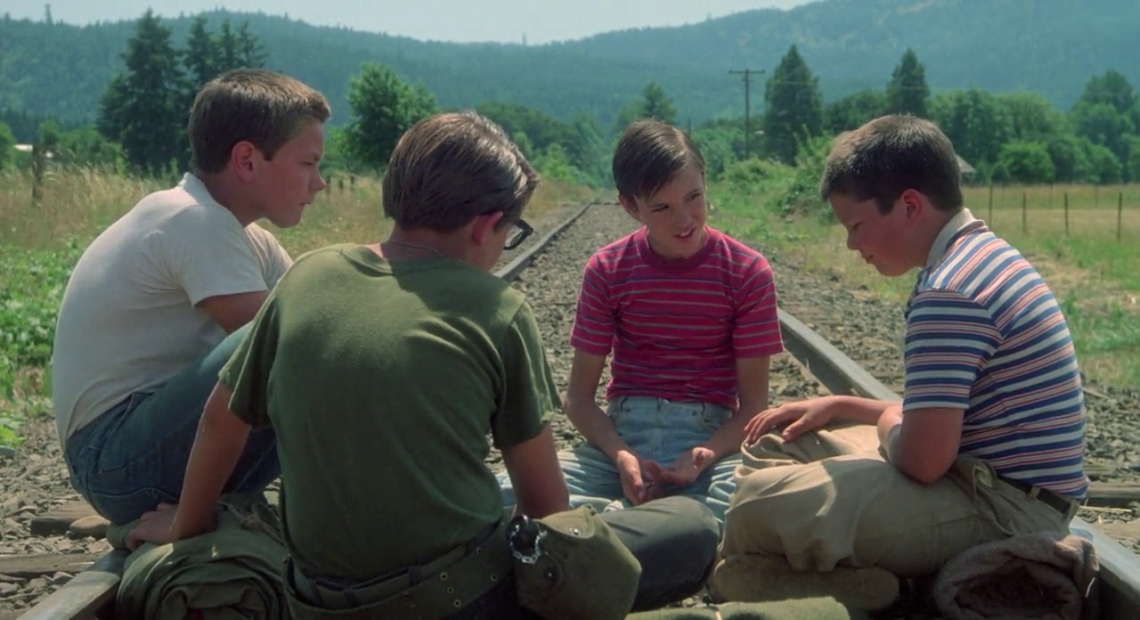 “I never had any friends later on like the ones I had when I was twelve. Jesus, does anyone?”

This is the last line of the 1986 movie Stand by Me, which expertly depicts the coming of age journey of adolescent boys and their friendships in the 1950s,written by the narrator of the film as he reminisces about his youth.

I was probably about twelve  when I saw it for the first time. On the surface it was an entertaining adventure story about a group of four boys and their quest to find a dead body down by the railroad tracks on the edge of town.  In retrospect, the film resonated with me on some deep subliminal level that was difficult to see at the time.

Rewatching Stand by Me with both of my feet firmly planted in adulthood, with all the joys and challenges that entails, I was left wistfully longing for a simpler time when friendships were easy, bonds were strong, and bro hugs (and affectionate arm punches) were plentiful.

The occasion of the narrator’s reminiscing is a sad one: the recent murder of his childhood buddy. Though he hasn’t seen his friend for ten years he writes, “I’ll miss him forever.”

When we are young, the love and intimacy we feel towards our guy friends seems natural and uncomplicated. It is only as we age, especially past puberty, that these feelings become trickier to understand and navigate. A more recent film, Superbad (2007), illustrates this struggle well.

Let’s face it, as a group, most adult men don’t do friendship well. Research suggests that adult males have fewer and less fulfilling friendships than the generations before us. As a group, straight white males have the fewest friends of all.

Here are some reasons why this is a problem guys should be talking about and trying to remedy:

What are they reasons men today have fewer friends as adults and fewer than our fathers did when they were our age?

For one, it takes more work than it used to. As the demands of being in a relationship, raising children, or climbing the corporate ladder increase, there is less time and energy available for maintaining social networks. That said, women seem to have a much easier time doing it than men. So, it can be done.

Being in school, a fraternity, the marching band, or on the football team provided our younger selves ample opportunity to form strong bonds with like minded guys. As an adult with jobs and families it takes more planning and creativity to form and maintain these connections.

Men are also socialized to believe that we shouldn’t need close friends and that we can handle things, especially emotional things, on our own. We are good at doing things with our guy friends (e.g., going for a beer, playing fantasy football, or hunting, etc.), but not so good at talking about things that really matter. There is an unwritten “bro code” that says we can’t be too soft and that precludes talking about important things.

I am not knocking doing. Activities are important. It is a major way that guys can bond. What I am suggesting is an addition. It is important for guys to strengthen their capacity to feel and express true intimacy and love for their male friends. This will have lasting positive effects.

It has been my personal experience, as well as my professional experience working with men in psychotherapy, that we want more and deeper friendships with other guys. We are just not sure how to talk about it. Let’s start the conversation and encourage one another in the process.

Stay tuned for future posts about some ways to strengthen the quality of your male friendships.